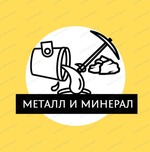 The current difficult geopolitical moment and the associated consequences for the Russian industry affected the tone and content of the discussions at the conference and throughout the event. The relevance and sharpness of the subject attracted many participants to the event, who represented various companies and regions of the country, as well as companies from Asia, which, apparently, are seen as Russia’s main business partners for many years to come.

The first session, in which MMI, as well as representatives of Alfa Bank and Gazprombank, showed the analysis of the situation for the Russian metallurgy, demonstrated a balanced and cautious approach to forecasting the consequences of a hostile business climate for Russia. Experts talked a lot about the possibility of spare parts substitution, diversification of flows, as well as an increase in freight prices.

The «turn to the East» proclaimed recently by Russia’s government was rather restrained than seen as optimistic by analysts. Presentations by representatives of China and India, whose countries are considered by Russia’s leadership as a new Eldorado for domestic metallurgists, confirmed the cautious approach of experts. One of the leaders of the Indian Steel Association made it clear that Russian steel and rolled metal producers will have to compete with traditional suppliers from Southeast Asia. Neither China nor India are going to give any preferences to Russian producers. The head of the China Metallurgical Industry Planning and Research Institute also focused on the low carbon component of steel production in China and the prospects of the steel industry in China. Given the circumstances Russia appears to be lagging behind in de-carbonization process.

On the first day of the conference, the domestic market of metallurgical raw materials was in the focus of debates. The largest domestic companies: Eurochem, Ural Steel, Evraz, Severstal, Metalloinvest, PMH — discussed pricing in the market, the future of ferroalloys and coal. The availability of technologies and equipment amid tough production environment has become a key topic on the agenda. Experts from the metallurgical sector continued the topic of the «carbon footprint» in steel production, started by their Chinese colleague. Representatives of I.P.Bardin TsNIIchermet, MISIS, MetProm, Vygon Consulting and KPMG joined the debates on the issue.

The new reality has forced manufacturers to take a new approach to the product supply chain. Traditional ties are broken: they urgently need to solve difficult logistical tasks. The second day of the conference was devoted to this problem. The head of the First Industrial Operator company, which has serious experience in heavy industry cargo transportation, conducted the discussion attended by top managers of DVMP, EVRAZ, SUEK, Eurosib, ABC-Rail and, of course, the main operator of Russian railways — Russian Railways-RZD. On the agenda of the discussion: analysis of bottlenecks, logistics alternatives, infrastructure of the Far East (in the light of the message of the country's leadership), as well as problems of the car fleet.

The conference’s “cadence” was a session dedicated to internal efficiency and financial markets. Russia’s biggest banks, VTB and VEB, presented an analysis of the availability of investment instruments and the specifics of project financing. Roots Rus showed the operational model of the Strategic Procurement Office in Asia — an urgent task at the moment. Severstal has revealed its vision of Russia's economic development scenarios.

If you want to become a participant in such discussions or get more interesting information, as well as meet new colleagues and partners — we are waiting for you next year.